In 2007 Igmoo was rescued out of a home where there was violence and he needed to be in a safe place.  From Day 1 he was a delight.  Affectionate, welcoming to other cats, protective of Gzorro.  He crossed over in December of 2016.  Never was there a more noble soul.  I see him in the stars whenever I look up. 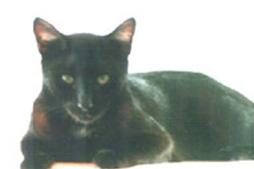 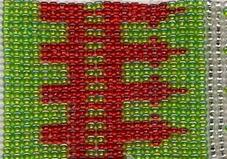 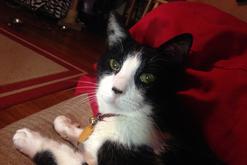 The word "Mugoddai" is a Chamoru word that doesn't describe a thing or person--it describes the feeling you get when you see that thing or person.  It's like you just have to touch it, that you are overwhelmed by it's cuteness, or beauty, or whatever.

Mugoddai is passion. I found my Mugoddai when his eyes were closed and bottle fed him until he was strong enough to eat on his own.  I fell in love with him the moment I saw him--I was mugoddai over Mugoddai.  From that day on, Mugoddai became the name under which I placed all of my creative endeavors.  All photos, videos, artwork, beadwork, writing, and other creative products fall under Mugoddai Media or Mugoddai Designs. 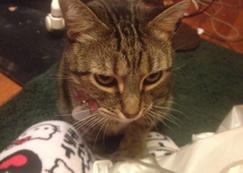 Mugoddai is the black cat I found on Guam in 1997 and brought to the mainland in 2000.  He went missing in December of 2003 after a move.  I searched tirelessly for a very long, long time for him, but sadly, I never found him.  This site is dedicated to Mugoddai and all the animals I've known and loved.   I will never see my beloved Mugoddai in this world again.  I pray that he is at peace.  I will never forget him and I will love him always.

​​Six months after Mugoddai came to me, Gzorro was brought to my door.  He also needed to be bottle fed.  He turned out to be the sweetest, most loyal, and loving cat ever.  Sadly, Gzorro went to the Great Scratching Post in the Sky in March of 2017.  RIP little buddy.  I was blessed to have you.